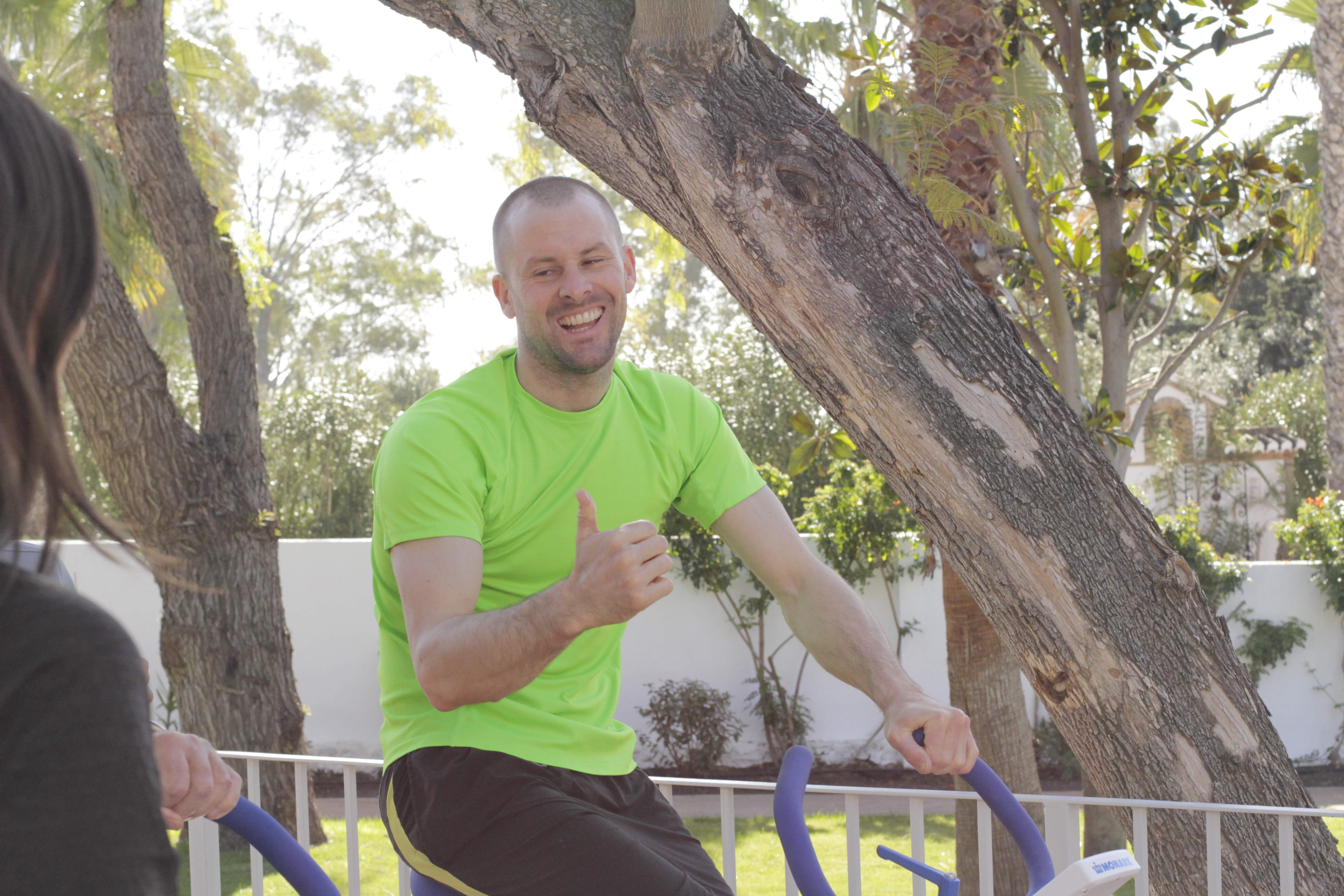 This year's first program at the new facility Casa Afasia in Almuñecar on the Costa Tropical has just ended. This time, the focus was on younger people with acquired brain damage. Our speech-therapist student Rebecca Nabb met Patric and his mother Marita. 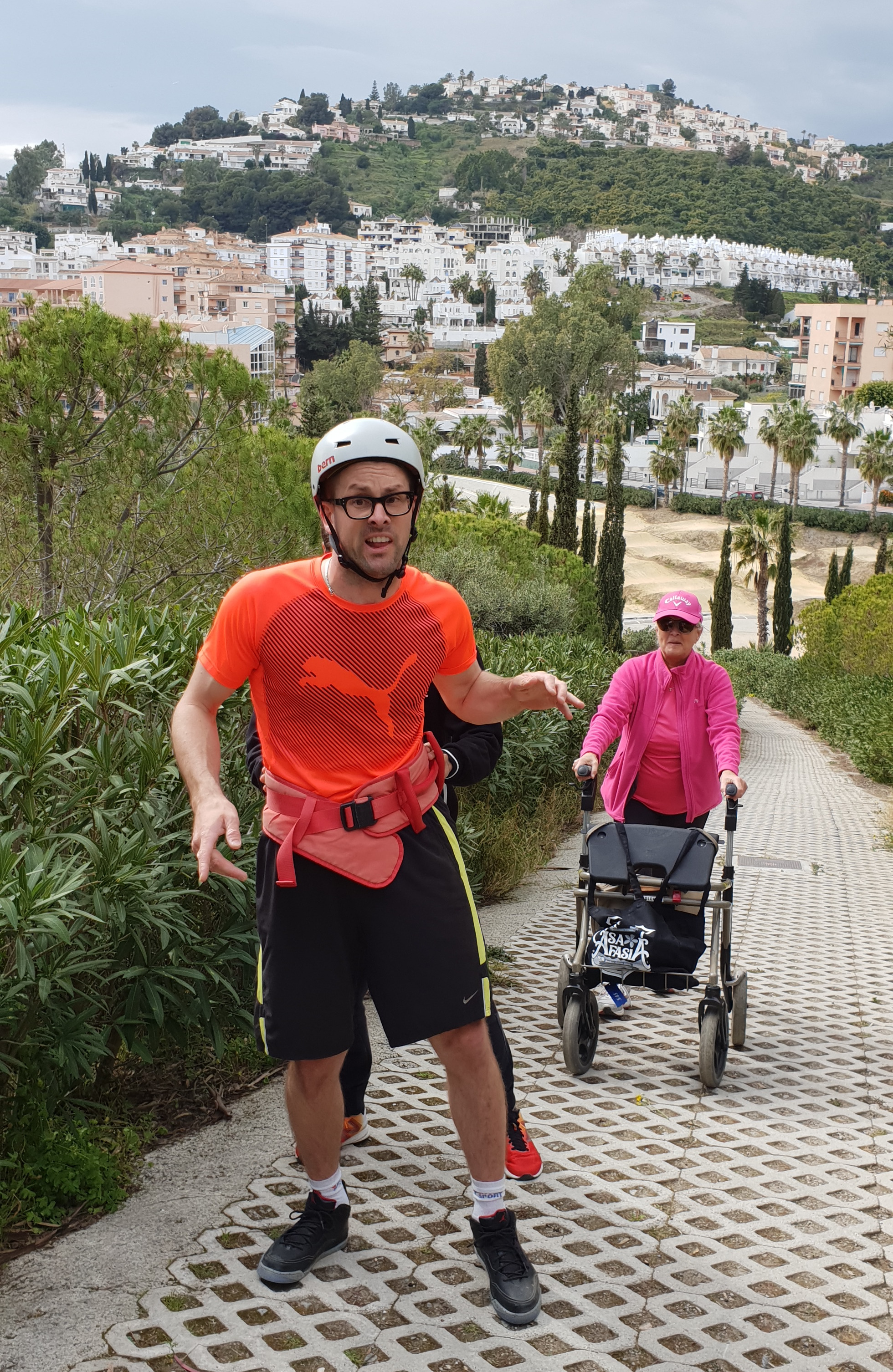 In the warm Spanish spring sun, Rebecca Nabb met one of the participants and asked how the experience had been so far. Patric is a tall and happy guy from Linköping, Sweden, who got injured in a traffic accident in Australia over thirteen years ago. He likes to train and really enjoys the program.

- It's great to come here and work out. Both the speech therapy training and the physical training has been really good. I have learned lots of new things during the program.

- I have learned to calm down when I speak. Not to rush up and away so much, and instead count to three.

- It has been good. You have to challenge yourself much more.

Patric's mother Marita accompanied her son to Almuñecar and she agrees:

- The physiotherapy training with Anna, Pablo and David, it can't get any better, she says.

It is not the first time that Patric goes to neuro rehab in Spain, but it is his premiere at Casa Afasia. Patric and his mother Marita are staying at the Bahia Tropical Hotel, located just across the street from the rehab facility. Both Patric and mother Marita are happy with the accommodation.

- The short distance between the hotel and Casa Afasia make things a lot easier. No problem, it all feels very Spanish and one can walk around the house, which is nice, says Patric and gets her mother Marita's support:

- We have lived in an adapted room. The bathroom has worked great. There is a rail at the toilet and at the shower. You can also roll in the wheelchair in the shower.

Initially, Marita lacked coffee during the day, thinking that it was only served during breakfast. But after a tip from another participant, the problem has now been solved.

- You can go to the bar and get coffee or tea, that’s good to know, she says.

Marita who has been with her son on rehab trips to Spain in the past is also very pleased with the facility.

- Like so many others, we have been here in Spain many times before. It feels like coming home again to the first original place we used to visit, CFS (Centro Forestal Sueco, now closed), she says and continues:

- It is a quiet and peaceful place, even for relatives. It's nice to come down here. And as a relative you can go down to the beach in five minutes and swim and sunbathe if you feel like it.

The town of Almuñécar is located on the Costa Tropical, 60 minutes east of Malaga. Nestled between the high mountains of the Sierra Nevada and the blue waters of the Mediterranean you will find Casa Afasia with its large garden and premises perfectly adapted for the purpose – to provide as good and intensive rehabilitation as possible.

For Patric's part, the intense training has been very rewarding and he thinks he has been improved quite a lot:

- Yes I think so. I feel it in the body. It becomes more stable. And also you feel a little calmer. I've been training now for thirteen years but I still see improvements. I notice that almost everything is getting better.

Are you planning to come back to Casa Afasia?

- Absolutely. We will be back this fall, in October. 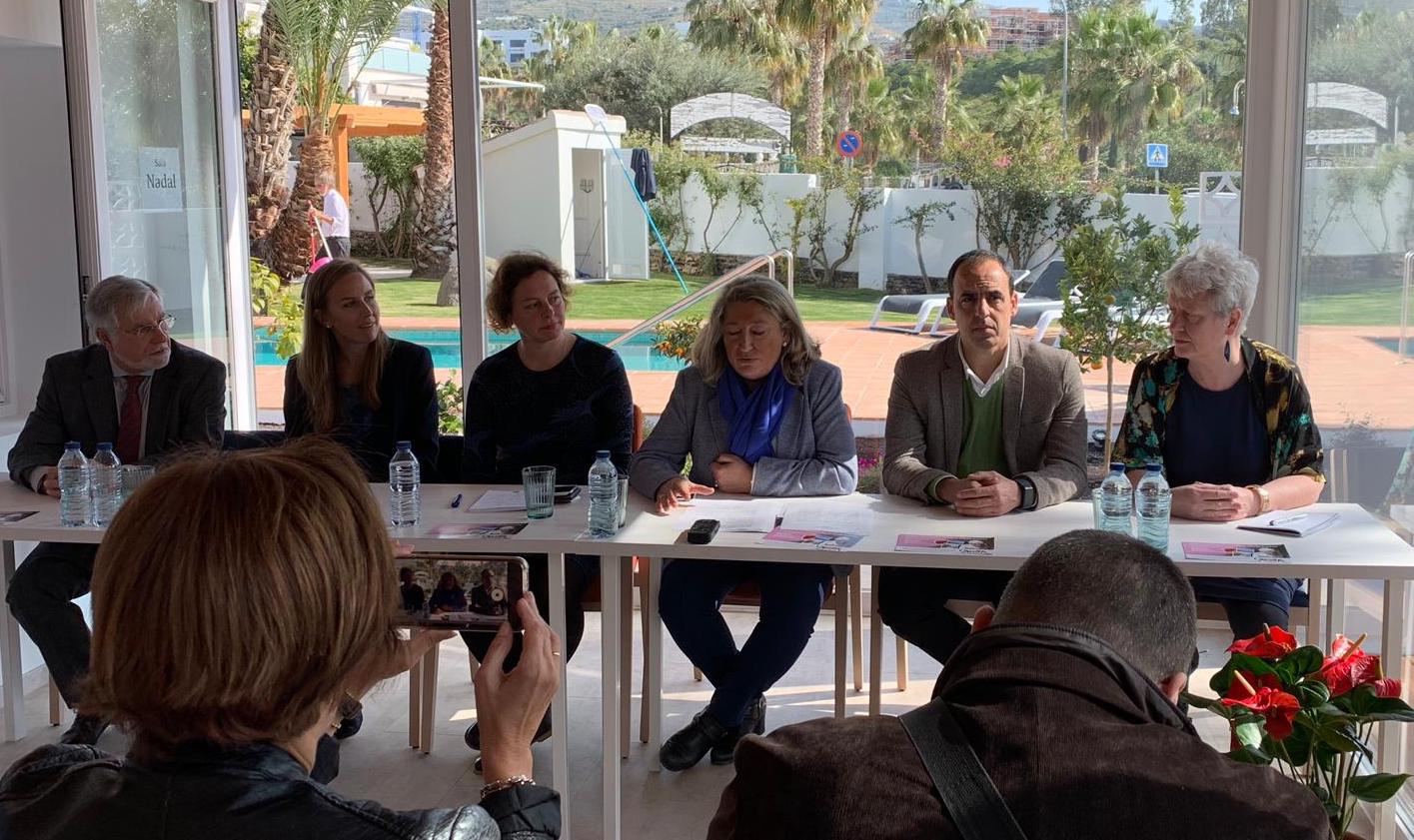 Many people turned up when Casa Afasia held a press conference and open house in late February.

In addition to Marika Schütz and Anna Sjöholm representing Casa Afasia, the Mayor of Almuñecar Trinidad Herrera as well as Neurologist Marcelo Berthier, Professor at the University of Malaga and Professor Karen Sage, speech therapist at Sheffield University attended the press conference.

Mayor Trinidad Herrera was very pleased with the placement of Casa Afasia in her town Almuñecar.

- Initiatives of this magnitude favour our municipality, said Trinidad Herrera, also arguing that the city welcomed this form of health tourism.

Marika Schütz took the opportunity to thank the municipality for good cooperation in the start-up of the rehab center.

That Almuñecar became the chosen town was no coincidence, says Anna Sjöholm:

Professor Marcelo Berthier is active at CIMES Afasilab in Malaga and has a research collaboration with Karolinska Institutet in Stockholm and Casa Afasias Marika Schütz.

- The most important thing is that patients with neurological diseases can continue to improve through intensive treatment, said Professor Berthier.

The English speech therapist Karen Sage have focused on family support and the environment in her research commented on the facility.

- The climate here in Almuñecar and the location of Casa Afasia right on the beach couldn't have been better, she said. 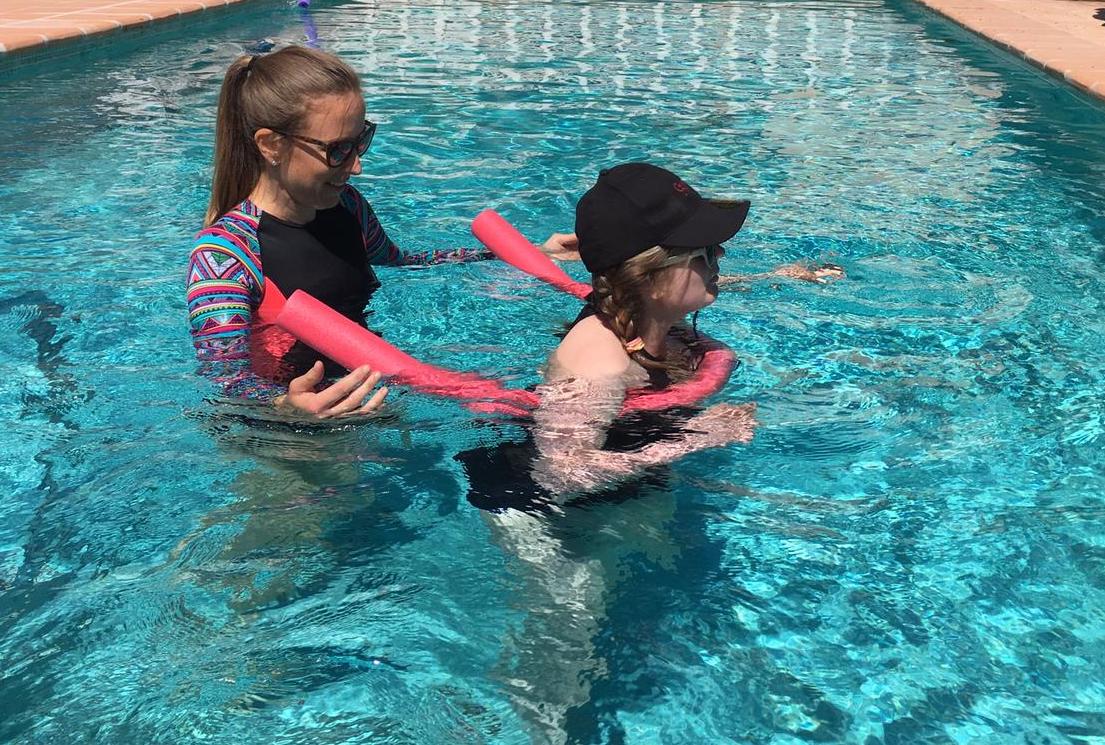 Our rehab pool is now open!